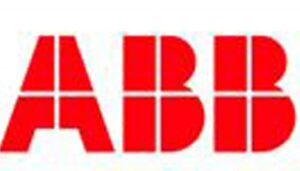 ABB, a Swiss company that specializes in power and automation technology, announced that they will soon bring hundreds of new jobs to Memphis.

According to an ABB spokesperson, the company is investing $30 million to build a new manufacturing site in Memphis. They also plan to expand their customer experience center for the Low Voltage Products division.

ABB says the new facility will bring 200 jobs initially, with 100 more jobs added over the next five years.

The expansion would be ABB’s first in the area since the $3.9 billion buyout three years ago of Memphis-based electrical products maker Thomas & Betts Corp.

ABB executives announced the 120,000-square-foot plant Tuesday during a trade show at Houston. A site was not identified although ABB is working to complete a deal for the property, company spokesman Harry Hurst said.

Adding 300 jobs would bring the company’s employment level in the area to 1,300, making it one of the region’s five largest manufacturers, and continue the infusion of capital in the metropolitan area by foreign manufacturers. The amount has exceeded $1.1 billion over five years.

ABB and Thomas & Betts executives were not available Tuesday for interviews.

The $30 million plant will include offices for research engineers to develop product lines. Memphis is now the headquarters for ABB’s low-voltage products business in North and South America.

The new plant will be an ABB factory, rather than named after Thomas & Betts, and will initially employ 200 including about 20 engineers and professionals in the attached research and development office, Hurst said.

ABB also plans to open what it calls a customer experience center to highlight ABB and Thomas & Betts products for customers. The center would train customers and distributors, Hurst said. The site was not identified.

Within five years of the plant’s opening, ABB expects the new facilities will hire another 100 employees, bringing the number of new workers to 300.

ABB is counting on the U.S. market for residential, office and industrial construction to improve and build demand for its products. The new plant will make ABB’s Emax2. The company calls it the world’s first integrated breaker and power manager. The plant also will make breakers, switches, power distribution systems and modular enclosures.

In a statement released by the company, Brian Herington, head of ABB’s low voltage products division in Memphis, says: “We have successfully integrated two organizations now; building on the distribution and marketing strengths of Thomas & Betts and the technology heritage of ABB.”

ABB was created in the 1988 merger of Asea AB, a Swedish electrical products company, and the Swiss engineering firm BBC Brown Boveri AG.

This entry was posted in Memphis Robotics. Bookmark the permalink.