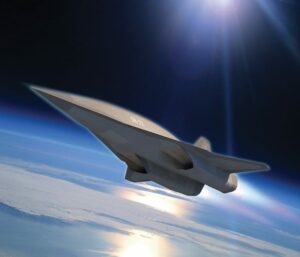 Since 2013, Lockheed Martin’s Skunk Works crew has been promising the world that it will build a hypersonic jet, but we’ve yet to see progress in the development of the aircraft.

However, the aerospace giant has announced that it has passed a number of technological milestones and believes that it knows how to build a hypersonic SR-72.

In a statement to Aviation Week, Rob Weiss, Lockheed Martin’s executive vice president for Skunk Works said, “We’ve been saying hypersonics is two years away for the last 20 years, but all I can say is the technology is mature and we, along with DARPA and the services, are working hard to get that capability into the hands of our warfighters as soon as possible”.

According those familiar with the SR-72’s development, the jet will use a combined cycle propulsion system (also known as a strutjet) in which a scramjet, ramjet and ducted rocket are unified to share a single propulsion flow path.

While a strutjet engine has been the best hope for the SR-72 since the project’s inception, Lockheed’s announcement has made apparent that they technological know-how required to build the type of engine that will bring the SR-72 to Mach-6 speed is doable. In fact, Lockheed tested a strutjet between 2013 and 2017 and the company must feel confident in its work because Skunk Works has made another announcement.

Based on the test, Lockheed believes it’s nearing the SR-72 prototyping phase, expecting that an F-22 sized, hypersonic flight research vehicle could hit the skies by the early 2020s. If that timeline were to hold-up a full-sized SR-72 (which would be about as big as the SR-71) could be operational before 2030.

Undoubtedly, that schedule for the SR-72 is ambitious, and I’m sure that materials development, flight controls and other systems will need to be ironed out.

That being said, I can clearly remember my younger self visiting the Air Force Armament museum at Eglin Air Force Base during a Florida summer. While the heat outside was blistering, a massive hanger filled with cool air, captivating aircraft and loads of history beckoned. But it was the SR-71 sitting outside, baking in the sun, that held me fascinated.

This entry was posted in Space. Bookmark the permalink.